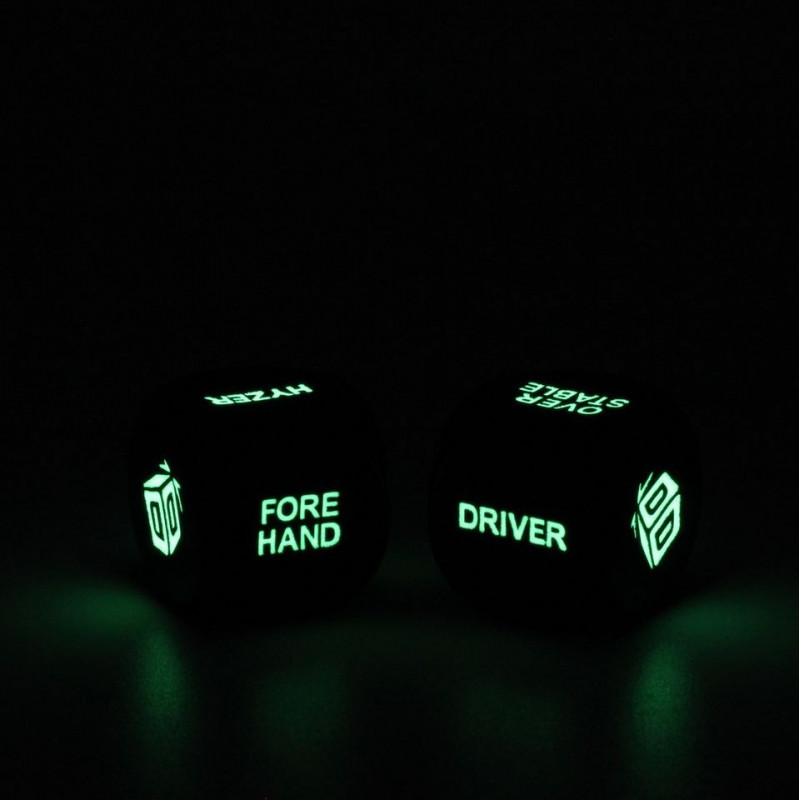 These rules are designed to get you started. It’s up to you to make the game whatever you want it to be. However, we’ve provided a list of ideas to get your creative juices flowing.

If the disc die lands on "wild":

If the throw die lands on "wild":

* Always consider the safety of yourself and others as a chief priority. If Jeff has a bad shoulder, maybe don’t make him throw overhands when you roll the logo. Likewise, maybe don’t do 360 drives near a parking lot.